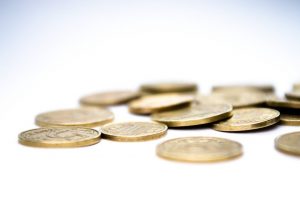 This VAT & Charities newsletter comments on the following:

Readers may recall the recent First Tier Tribunal (FTT) case concerning Healthwatch Hampshire C.I.C where it was concluded that its supplies to Hampshire County Council are taxable for VAT purposes.  It appears HMRC have been reviewing turnover generated by similar organisations from such services using the Charity Commission’s website. Local Healthwatch Organisations were approached by HMRC questioning the VAT liability of their supplies. HMRC has now confirmed that it does not agree with the FTT decision; however, it has not appealed this decision to the Upper Tribunal (UT).

CVC comment: It is interesting to note that HMRC has dramatically decreased the number of Briefs issued in recent years. Revenue & Customs Briefs are used by the Commissioners to communicate any changes in policy and to comment on decisions of the Tribunals and Courts. HMRC has not formally commented on the Tribunal’s decision in Healthwatch Hampshire. In that case HMRC argued that supplies to the Council were outside the scope of VAT and current guidance reflects this. Why HMRC did not issue a Brief on this occasion is not clear. This would have been a more efficient approach for all parties rather than put Local Healwatch Organisations to the expense of dealing with written enquiries.

2. Are funds raised via Kickstarter payment for services in advance?

Lunar Missions Ltd raised funds through crowdfunding platform, Kickstarter, which amounted to £672,447 and were paid on 6 January 2015. Lunar Missions’ plan was to send an unmanned robotic landing module to the moon. A £60 pledge will reserve backers a digital memory box that will be buried on the moon during the mission.

The Tribunal considered the terms and conditions on Kickstarter’s website and the benefits associated with pledges. The Tribunal held that backers are supplied with face-value vouchers which are redeemable for one type of service, namely space in a time capsule. As such, the vouchers supplied were SPVs and taxable at the time of issue. The Tribunal upheld HMRC’s decision to VAT register Lunar Missions with effect from 16 December 2014.

CVC comment: With crowdfunding sites proving increasingly popular for charities, this case highlights the need for charities to consider the VAT implications of the receipt of such funding.

HMRC appealed against the FTT’s decision that the UK law was incompatible with the Principal VAT Directive by recognising supplies made by charities as exempt from VAT but not those made by LIFE Services Limited. LIFE is a profit making private business which provides day care services for adults with a range of disabilities. Gloucestershire County Council monitors and inspects LIFE’s services which are provided under a formal care plan agreed with the social services department of the Council.

The Upper Tribunal considered that the FTT erred in its decision. The UK has adopted two criteria for determining which non-public law bodies should be entitled to the VAT exemption for welfare services. The first is that the body is regulated. The second is that the body is a charity. To be able to successfully argue UK law breaches the principles of fiscal neutrality LIFE must be able to demonstrate that it falls within the same class as one of the criteria.

The UT found that LIFE cannot equate itself with regulated bodies because, for LIFE, regulation is optional. Similarly, LIFE cannot say it falls within the same class as a charity because it is not subject to the same constraints and regulation as a charity, and it does not operate for the public benefit. HMRC’s appeal was therefore allowed.

CVC comment: this decision by the Upper Tribunal appears to confirm that UK legislation is compatible with the Principal VAT Directive. This decision will be disappointing for private welfare providers that do not fall within the criteria set by the UK for determining which bodies should be entitled to the VAT exemption for welfare services. LIFE is stood behind another case, The Learning Centre (Romford) Limited (TLC), in respect of another issue. TLC have argued that the UK welfare exemption breaches the principles of fiscal neutrality in that bodies making identical supplies in Scotland and Northern Ireland making identical supplies are granted exemption.

4.Whether the construction of a cricket pavilion was zero-rated

Eynsham Cricket Club is a community amateur sports club (CASC). The Club appealed against the decision of HMRC that services supplied to the club in the course of constructing a new pavilion were standard rated for VAT purposes. The club argued that the services were zero-rated because the pavilion was used for a “relevant charitable purpose” (RCP). For the purposes of the VAT zero-rate, RCP use means use by a charity either otherwise than in the course of a business; or, as a village hall or similar.

The Tribunal found that the Club was not established for charitable purposes at the relevant time (it was not registered with the Charity Commission)therefore, the Club’s appeal failed.

CVC comment: this was a revised decision by the Tribunal following review. This case provides an interesting commentary regarding all of the conditions which must be met in order to obtain zero-rating for RCP use.

5.Whether free admission to events run by a charity are non-business activities and the VAT recovery implications

The Yorkshire Agricultural Society, a charity, carries out a range of activities which include holding events and hiring out facilities. In total there are approximately 700 events each year. No admission fee is charged in respect of two of the charity’s events. HMRC considers that these two events are non-business activities and, as such, disallowed VAT incurred that directly related to these events. The charity appealed this decision.

CVC comment: the Tribunal did not consider whether input tax incurred on general overheads that could not be directly attributed to any particular activity of the charity could only be partially recovered.

Owners of Harley-Davidson motorcycles may join the Harley Owners Group (HOG). HOG is a business unit of Harley-Davidson Europe Limited (HDE). HDE appealed against HMRC’s decision that supplies made by it to members of HOG in consideration for membership subscriptions constitute a single, standard rated, supply for VAT purposes. HDE contends that it makes a number of distinct supplies to each member and the VAT treatment of each benefit must be determined separately.

HMRC’s primary argument was that there was a single principal supply of membership and all other benefits were not ends in themselves but a means of better enjoying the principal element; however, the Tribunal found that members do not join HOG simply for the status of being a member. The typical member wants the individual benefits. In addition, while the Tribunal Judge did consider it relevant that a single price was charged, and members did not have the ability to choose what benefits are supplied (suggesting a single supply), it is clear from case law that this is not determinative. The Tribunal concluded that the individual benefits provided are too significant to allow the supply to be characterised as a single supply of membership rather than a number of independent supplies. HDE’s appeal was allowed.

CVC comment: this decision provides interesting commentary regarding the distinction between single and multiple supplies for VAT purposes. This is particularly relevant to charities which make supplies to members or offer a range of benefits for which supporters pay a subscription.

Constable VAT Consultancy LLP (CVC) is a specialist independent VAT practice with offices in London and East Anglia. We work together with many charities and not-for-profit bodies ranging from national charities, those working overseas, and regionally based local organisations. CVC has a nationwide client base.

We understand that charities wish to achieve their objectives whilst satisfying the legal requirements placed upon them. Charities may be liable to account for VAT on supplies made and VAT will be payable on certain expenditure. As irrecoverable VAT represents an absolute cost to most charities, regardless of their VAT registration status, there is a need to review the position regularly and carefully. We offer advice with planning initiatives, technical compliance issues, complex transactions, help with innovative ideas on VAT saving opportunities, and liaising with HMRC.

If you would like to discuss how VAT impacts on your organisation please contact Stewart Henry,  Laura Beckett or Sophie Cox on 020 7830 9669, 01206 321029 or via email on stewart.henry@ukvatadvice.com, laura.beckett@ukvatadvice.com and  sophie.cox@ukvatadvice.com.  Alternatively, please visit our website at www.ukvatadvice.com where you can view some of the services we offer in more detail and subscribe to our free general and regular VAT alerts and updates. Visit our website for current news updates. You can also follow CVC on Twitter.

This newsletter is intended as a general guide to current VAT issues and is not intended to be a comprehensive statement of the law. No liability is accepted for the opinions it contains or for any errors or omissions. CVC cannot accept responsibility for loss incurred by any person, company or entity as a result of acting, or failing to act, on any material in this newsletter. Specialist VAT advice should always be sought in relation to your particular circumstance.